Madly in Love with One Piece Anime

I can't recall exactly since when... but definitely it was during my poly days
when I fell so madly in love with
One Piece Manga series!!
I could still remembered watching the anime aired on Starhub cable vision when
I caught a glimpse of about 10 minutes of the anime.
It was awesome; and also the start of me chasing One Piece.
And as a result, I started to collect the figurines and whichever I saw in Comics Connection...
and this,
was part of what I've had bought during those days... 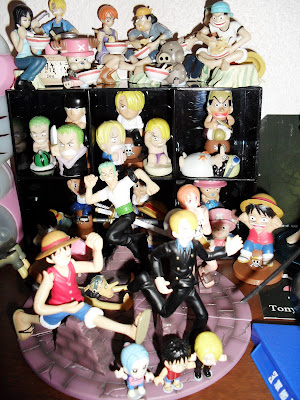 throughout all these years, I have been chasing the anime still, and recently,
I've became so obsessed, that I bought so much...
Recently went shopping with dearie at Kallang Leisure and
I found much more at a toy shop La Tendo...
and therefore,
that was the end of story of my savings.
***
A set of One Piece ship series - including
Luffy's Thousand Sunny, Whitebeard's Moby Dick,
Shanks's Red Force, Smoker's Marine,
Dracule Mihawk's and Ace's. 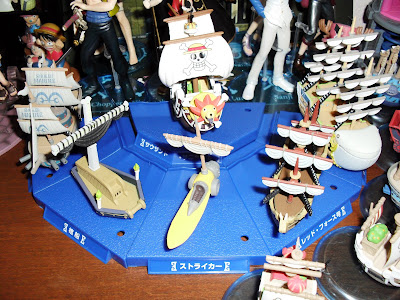 A smaller version of ships too; which rocks back and forth when there is slight wind.
=P 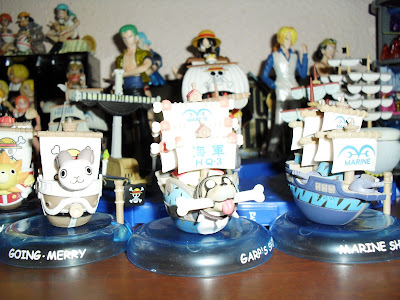 Last but not least, IMPEL DOWN!!
This series is really cute because it features Level 1 to 6!! 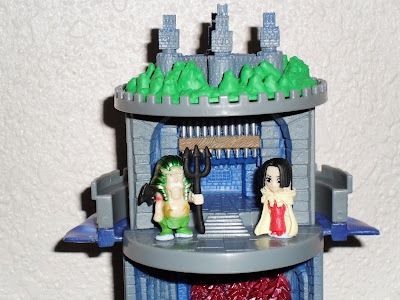 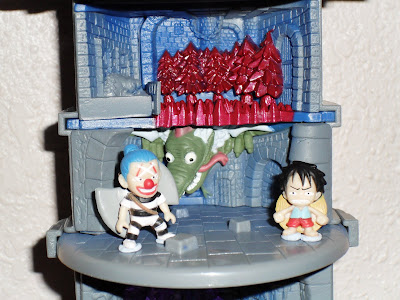 Level 1 and 2 - where Luffy meets Buggy 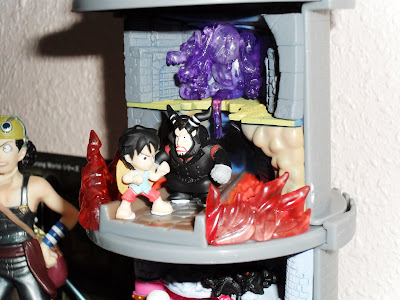 Level 3 and 4; the fight with Magellen 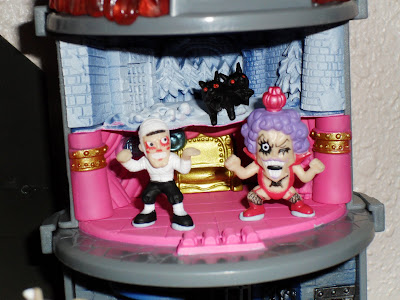 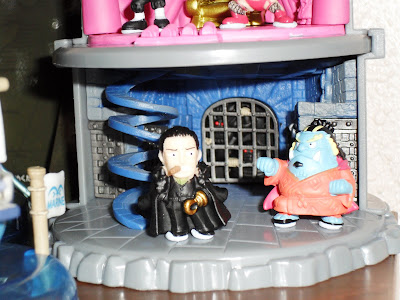 and finally; Level 6 where Jinbei and Crocodiles (besides Ace)
are imprisoned...
The day after I bought the figurines, dearie brought me to Chinatown Square,
where I managed to find some cheap-yet-cool figurines...
Very tempted,
and I bought 3 sets at a shot! (despite that I did not open the last set yet). 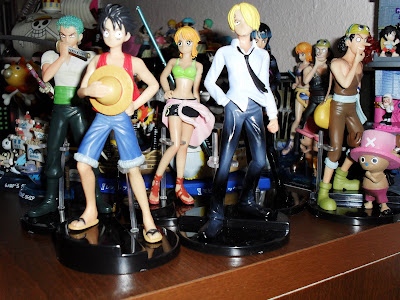 The One Piece Crew... 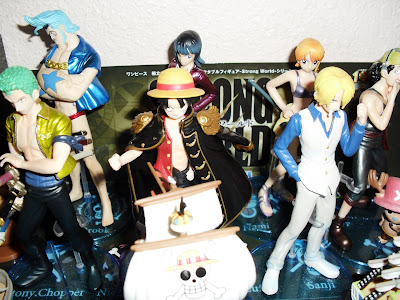 And another under the "Water 7" Theme..
Finally last but not least,
A gift from dearie -
THOUSAND SUNNY!
This is the bigger version and the most cool amongst the ships... The side compartments can be manuevered;
and Going Merry (edited version by Franky) sits inside it...
Besides, it comes with the full crew and it shoots canon!! 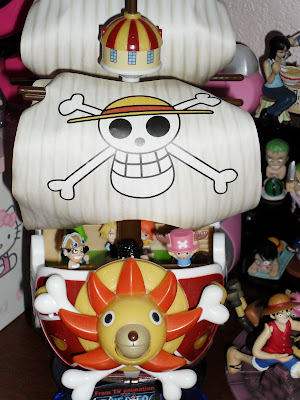 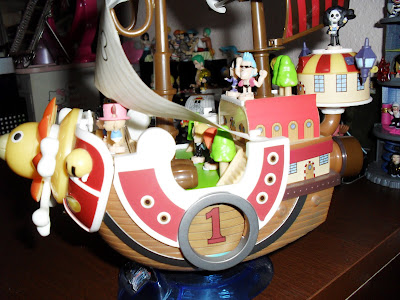 And so.... I finally managed to make some time and tidied a corner of my
"sort-of-dressing-table"
which is actually the top of my chest of drawers,
to display them...
Well, that's not the end of it, because now, I'm currently chasing some pre-order collection,
which launches monthly...
STAY TUNED!
Posted by miyavi at 12:54 AM

Email ThisBlogThis!Share to TwitterShare to FacebookShare to Pinterest
Labels: Anime, One Piece

i so love your blog!!! i'm also a fan of one piece and i so envy your toys especially the last one!! it's been in my wish list now but it's out of stock on line!! :(

Hey, really sorry for the late response, and I really do mean very late because I do not know how to maneuver the comments. Anyway, you can drop by www.reiianisekai.blogspot.com which is my updates dedicated to One Piece. I am currently working on blogging back at a regular basis. Hope you drop by soon.